Attacking healthcare must not become the norm 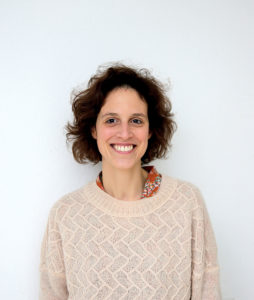 Our Researcher Audrey Mahieu is part of the “Researching the Impact of Attacks on Healthcare” (RIAH) programme. In this blog, she discusses the need to bring evidence on the longer-term and wider impact of attacks on healthcare, and her own experience in Central African Republic.

In May 2016, the United Nations Security Council unanimously adopted Resolution 2286, strongly condemning attacks and threats against health workers, patients, medical facilities and their means of transport and equipment. The resolution was a fierce reminder of the 1949 Geneva Conventions that demanded that all parties to armed conflict respect and protect healthcare in all circumstances. Over the years, however, attacks on healthcare have not ceased. If anything, they have become more common.

In some countries, targeting healthcare is a deliberate military strategy. This is described as the weaponisation of healthcare, a strategy of using people’s need for healthcare as a weapon against them by violently depriving them of it. In countries like Syria, the Red Crescent symbol – supposed to protect health facilities, health workers and medical vehicles from attacks – has become a target for armed groups. Ambulances need to be camouflaged with mud, and hospitals are built underground.

As a researcher of the Geneva Centre of Humanitarian Studies, I am honoured to be part of the “Researching the Impact of Attacks on Healthcare” (RIAH) research programme. RIAH brings together an interdisciplinary team from different research institutions to improve our collective understanding of the longer-term and wider impacts of attacks on healthcare on populations in armed conflicts. Documenting the nature, the scale and the consequences of attacks on healthcare is key to improve the resilience of health systems, to inform accountability mechanisms and to provide evidence for advocacy efforts aimed to prevent attacks.

Ten years ago, I worked as a humanitarian health project coordinator in a very remote area of the Central African Republic (CAR). The ambulance of the health centre was the only vehicle in the district. It was used to refer patients to the capital, Bangui, and bring back medicines and supplies.

With the help of the INGO I worked for, the health centre managed to set up a cost recovery mechanism. Members of the community were elected to form Health Facilities Management Committees and were trained to manage the resources. Consultation fees and drugs prices were increased progressively to give time to the community to adapt and accept the changes. This way, health facilities moved from being subsided by the INGO to a financial autonomy.  Achieving this financial autonomy was the “Holy Grail” to sustain the delivery of healthcare services after the departure of the INGO. Unfortunately, in 2013, the armed conflict in the area intensified. Armed groups looted and burnt health facilities. There was nothing left. All the efforts made by the community during all these years were reduced to nothing. Most importantly, people no longer had access to healthcare.

Some attacks are “opportunistic”: they do not target intentionally healthcare, but the consequences on the population’s health are equally dramatic. Using the example I mentioned above, stealing the only ambulance of a health district has disastrous consequences. Patients, medicines and supplies cannot be transported anymore. This has an immediate impact with populations not accessing the needed care, but it has also longer-term effects. For example, people living with HIV and tuberculosis may have their treatment interrupted, which increases the likelihood of developing resistance to their treatment. This has an impact as well on health-seeking behaviour, pushing people to buy illegal street medicines. In the area where I worked in CAR, it took three years to achieve a sustainable and autonomous delivery of healthcare services. How many years will it take to regain it? Eight years later, CAR is still riven by armed conflict and attacks on healthcare have become more and more violent.

By providing evidence on the longer-term and wider impact of these attacks on healthcare and looking into the mitigation measures, our findings will help strengthen the health system resilience, support the work of organisations promoting IHL among armed groups and contribute to the advocacy efforts with the international community to prevent these attacks.

Attacks on healthcare in conflict must not become the norm. We must keep on documenting and denouncing them. We need to make every effort for the rules of war being respected.

This website uses cookies to improve your experience while you navigate through the website. Out of these, the cookies that are categorized as necessary are stored on your browser as they are essential for the working of basic functionalities of the website. We also use third-party cookies that help us analyze and understand how you use this website. These cookies will be stored in your browser only with your consent. You also have the option to opt-out of these cookies. But opting out of some of these cookies may affect your browsing experience.
Necessary Always Enabled
Necessary cookies are absolutely essential for the website to function properly. These cookies ensure basic functionalities and security features of the website, anonymously.
Functional
Functional cookies help to perform certain functionalities like sharing the content of the website on social media platforms, collect feedbacks, and other third-party features.
Performance
Performance cookies are used to understand and analyze the key performance indexes of the website which helps in delivering a better user experience for the visitors.
Analytics
Analytical cookies are used to understand how visitors interact with the website. These cookies help provide information on metrics the number of visitors, bounce rate, traffic source, etc.
Advertisement
Advertisement cookies are used to provide visitors with relevant ads and marketing campaigns. These cookies track visitors across websites and collect information to provide customized ads.
Others
Other uncategorized cookies are those that are being analyzed and have not been classified into a category as yet.
SAVE & ACCEPT